Book Review: INTO THE FIRE by Kelly Hashway writing as Ashelyn Drake

Seventeen-year-old Cara Tillman’s life is a perfectly normal one until Logan Schmidt moves to Ashlan Falls. Cara is inexplicably drawn to him, but she’s not exactly complaining. Logan’s like no boy she’s ever met, and he brings out a side of Cara that she isn’t used to. As the two get closer, everything is nearly perfect, and Cara looks forward to the future.

But Cara isn’t a normal girl. She’s a member of a small group of people descended from the mythical phoenix bird, and her time is running out. Rebirth is nearing, which means she’ll forget her life up to this point—she’ll forget Logan and everything they mean to one another.. But that may be the least of Cara’s problems.

A phoenix hunter is on the loose, and he’s determined to put an end to the lives of people like Cara and her family, once and for all.

Into the Fire by Ashelyn Drake
Publication Date: September 9, 2014
Publisher: Month9Books
Grab your copy today, but watch out, you might get singed!
Amazon | Barnes & Noble | Kobo | Chapters Indigo! | TBD | iBooks


ABOUT KELLY HASHWAY writing as ASHELYN DRAKE:
Ashelyn Drake is a New Adult and Young Adult romance author. While it’s rare for her not to have either a book in hand or her fingers flying across a laptop, she also enjoys spending time with her family. She believes you are never too old to enjoy a good swing set and there’s never a bad time for some dark chocolate. She is represented by Sarah Negovetich of Corvisiero Literary Agency. 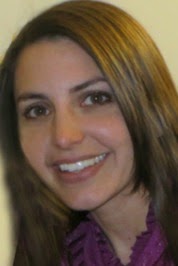 
I have been waiting for this book and this series for quite some time. I heard about it years ago, way before it was sold to Month9Books and back before Kelly took off as a published author with her first series, TOUCH OF DEATH. Needless to say, I had high expectations, and Kelly has delivered in flames of fire licking every page, scorching me with her characters of Cara and Logan, and singeing my fingertips as I turned each page. Okay, I lied. As I swiped each ePage. I read an eCopy of the book. You get the idea.
First of all, I loved that this book is written in alternating first person POV. It's not an easy feat to pull off. You have to know which character perspective to write from for each chapter, to best capture all of the tension for each point along the way. Kelly did an amazing job with this, and I was delighted to see her pull off a convincing male character in Logan, among others.
As I read, I got hooked and drawn into the story, and I didn't mind the excessive kissing all the time. I might have flinched like the boy in Princess Bride, whose grandfather comes over to read him the story, and he asks glibly: "Is this a kissing book?" The answer is: most definitely, YES.
I loved the concept of the race of beings who appear human, but are actually descendants of Phoenixes. I have a penchant for phoenixes, and dragons. In fact, I've got a tattoo on my right upper arm from my shoulder down to just above where my shirt sleeve ends above the elbow. Sure, a glimpse flashes here and there, and I've been asked about it more than once, but I love my tattoo of a dragon entwined with a phoenix, and the meaning. I hope book 2 and 3 will explore the Phoenix lore a bit more. While it was referenced well, throughout the book, I did want more, but I guess there wasn't much room because, you guessed it. Kissing. That's way more important, anyway.
I found the traits of a phoenix, before first rebirth and beyond, fascinating. Some traits are positives, like healing, and the shriek. Other traits are not so great, like forgetting everything from your former life, and the fact that there are Hunters bent on stealing the life force or essence from a phoenix to gain prolonged life and eventual immortality. This definitely raised the stakes when Phoenixes started "going up in flames" due to a Hunter on the loose.
At the center of the story is Cara, who must face her first rebirth just when her life finally delivered the boy of her dreams, and she's convinced the premonition dream she keeps having holds the key to finding a way to avoid forgetting about the boy she can't stop kissing.
The climax was horrific, and brought me right to the end, with a cliffhanger that left me begging for more, despite the elevated heat scorching me with every flickering page. This is a must read series for male and female readers alike. I thoroughly enjoyed Kelly's characters and how her chapters are riddled with plot twists and huge stakes. I have a few ideas where I think the next book will go, but I'll wait to discuss until after you've all read your copies and told all your friends to get copies as well. Plus, you can win your very own copy via the widget below.
4 out of 5 stars, or shrieking phoenixes, because, you know, phoenixes.
Highly, highly recommended. A must read.
﻿
ENTER THE RAFFLECOPTER GIVEAWAY FOR YOUR CHANCE TO WIN:
a Rafflecopter giveaway
Posted by G. Donald Cribbs at 7:50 PM

Email ThisBlogThis!Share to TwitterShare to FacebookShare to Pinterest
Labels: blog tour into the fire Kelly hashway writing as ashelyn drake hosted by chapter by chapter Book Review INTO THE FIRE ya book giveaway rafflecopter