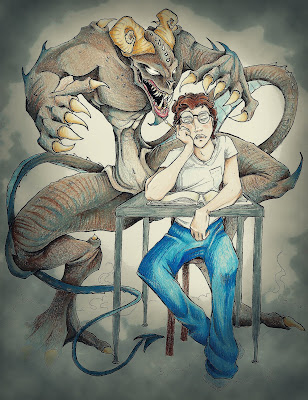 THE PACKING HOUSE is an uppper YA contemporary complete at 83,000 words, which took five years to get just right before its brief publication to the now closed publisher, Booktrope (1/18/16 to 5/31/16). Rights have reverted back to me as of 6/1/16. This is book one of a planned duology. I believe lightning can strike twice and I ask for your consideration of a novel IndieReader gave 4 stars, describing it as: "an enthralling and important piece of fiction that tastefully and honestly addresses the topic of sexual abuse of minors."

The book is also still listed on Amazon (out of print) and GoodReads with many 5 star and 4 star reviews. One of my favorite reviews is from NYTimes Bestselling author, Brendan Kiely, who gave The Packing House a 5 star review:
"In his debut novel, G. Donald Cribbs has written an emotional wallop about the courage and bravery of a young survivor. The Packing House is a tapestry of nightmares--the images that haunt Joel in his dreams and memories woven together with the painful experiences of a frayed and fractured family life, the take-no-prisoner bullying of adolescence, and the agony of loving and not knowing if it will ever be returned. And yet, Joel's story is one of strength and resilience as he hunts down the source of all this pain--a story Cribbs captures with sharp-eyed and utterly clear veracity. Three cheers to G. Donald Cribbs for endeavoring to tell this tough story and doing it so well."
--Brendan Kiely, author of The Gospel of Winter, and co-author of All American Boys (with Jason Reynolds), winner of the Coretta Scott King Award, and now a NYTimes Bestseller.
Intended Market:
THE PACKING HOUSE is suitable for upper YA readers, particularly those who read books similar to FORGIVE ME, LEONARD PEACOCK, THE PERKS OF BEING A WALLFLOWER, THE GOSPEL OF WINTER, and SCARS. Topically, this book addresses important social issues teens and their families face in today's world such as child sexual abuse (CSA), post traumatic stress disorder (PTSD), surviving trauma, questioning sexual identity, and sleep paralysis. As regularly as these social concerns are highlighted in the news and media indicate a greater need to have books and resources available for these readers.
When The Packing House was given a pre-order status on Amazon, I commissioned a poetry chapbook, Fish Out of Water, with gorgeous 2 page spreads for each poem to be given (either in ebook or print format to match the purchase format) as a thank you to my readers and to boost sales. The 12 total poems are spread throughout the novel, between the chapters. They tell a sublevel story of their own, parallel with the main storyline.
Query:
When sixteen-year-old Joel Scrivener has a raging nightmare in study hall and someone records it on their phone, he awakens to a living nightmare where everyone knows he's been sexually assaulted, a fact he's not ready to face. This is a secret he's avoided for ten years, mainly through dissociation and suppression. Reeling from a series of bullying incidents posted on YouTube and an ill-timed mid-year move, Joel takes to the woods, leaving the bullies and his broken home behind.

However, life as a runaway isn’t easy. Joel finds it difficult to navigate break-ins, wrestle hallucinations, and elude capture. He races to figure out who his dream-world attacker could be, piecing clues together with flashes of remembered images that play endlessly inside his head. Besides these images, the one constant thought occupying Joel’s mind is Amber Walker, the girl he’s been in love with for years. Amber sees little beyond the broken boy Joel has become, despite the letters they’ve written back and forth to each other. But Joel is stronger and more resilient than he looks, and it’s time he convinces Amber of this fact, before he runs out of chances with her for good.

The Packing House is about a teen who must choose between protecting his dignity and exposing the person responsible for his debilitating nightmares. 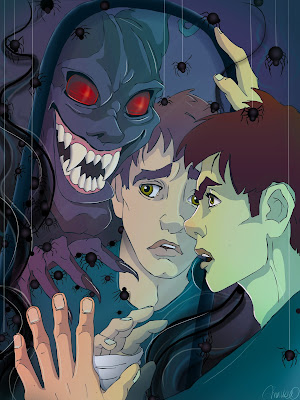 Read an excerpt of the first chapter HERE.

Read a prelude to THE PACKING HOUSE HERE.


In the comments below, please let me know your thoughts. Would you open to the first page and start reading, or put the book down?