Prelude for THE PACKING HOUSE 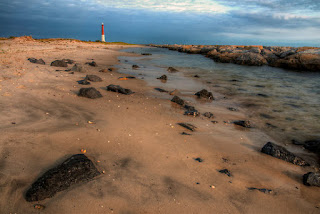 She met me at the breakers, her fingers laced through sandals and her jeans cuffed. I watched her walk on just toes, a trail of butterfly prints taking flight in her wake. I smiled. 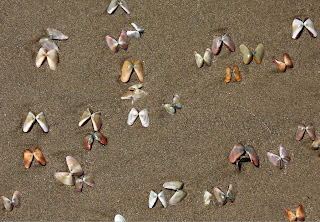 Behind us, the lighthouse stood resplendent, a red and white sentinel guarding what we were about to do. I held out my hand, and we stepped with bare feet onto damp rocks winking like dark eyes below us.


This was a total dare.


Who could get farther from shore, and who would finally reach the edge where land ended and ocean enveloped us in its terrible vastness?


“Let’s do this,” Amber said, letting go of my hand and pulling her auburn hair into a ponytail.


I watched, mesmerized, while she continued on, her eyes shimmering in water-reflected sunlight when she glanced back.


“C’mon, Joel, at least make it a challenge I have to work for,” Amber said, breaking the spell.


I caught up to her just as she reached the end. She shot her arms up in triumph and turned, while a wave crashed against the breaker and soaked her completely.


Amber shrieked, and then sputtered, “Victory!” albeit a soggy one.


Back on sand I retrieved a paper lantern from my backpack, the reason for our meeting at the shore. The day marked the anniversary of my grandfather’s death. Since Amber was there when it happened, we agreed to meet once a year to share this task.


I pulled out a lighter and dipped it inside the lantern fastened to a small wooden skiff. Once it was lit, we walked it down together. 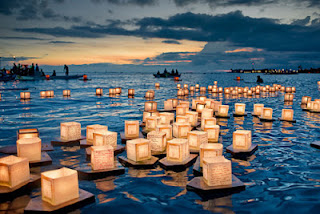 
“And sweet tea on the porch at sunset,” Amber added.


We set the skiff down, waiting for the waves to pull it out into the current from our open hands. Then we stood silent, watching the light flicker, and the skiff bob in the jostling sea. I sent my love out to the silence, although it looked like I just stood there quietly thinking.


Sometimes you have to put your love out there before it returns to you later.


“Think we can make it?” Amber asked, turning back toward the lighthouse. 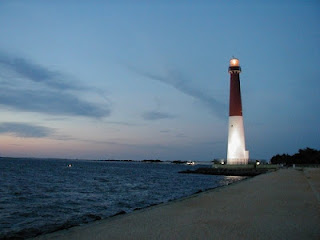 “Let’s go for it,” I said, and we took off, running at full speed up the sand to the base of the lighthouse. We entered the stairwell and took them two at a time, laughing, huffing, and grabbing the railing on the way. I felt a knot burning in my side, and a pang of something else filling up inside me, like light or energy wanting to burst from my fingers and toes. I couldn’t explain it.


At the top, we came around the lamp as it swept the shoreline, an enormous eye illuminating everything below. We could see the lantern still chugging away from shore.


Then it got eerily quiet.


I turned to Amber, and had to immediately grab the railing as everything started to rattle and shake, a terrible thundering sound crashing like a tsunami all around. We turned, and felt the building itself give way and crumble into dust and debris with us inside.


That was the only time I had that dream, although parts of it seemed like they were things that could happen or might happen sometime later.


When I was a child, my father read me stories and tucked me in at night. A few times, I had night terrors, and woke screaming from a bad dream. He came up to my room and sat in the dark and held me, rocking and whispering, “Shh, shh. Daddy’s here. It’s okay. You’re safe now. Shh. It was just a bad dream…”


Back then, I used to believe him.


I also believed him when I asked him why we had to have nightmares at all, and he answered, “Dreams are just practice for real life. We can make them whatever we want them to be. When you realize you’re having a bad dream, just tell it to be something different—you can fly like a superhero, or go on every ride at an amusement park.”


But that was before my nightmares began, and before he left me to fight them on my own. 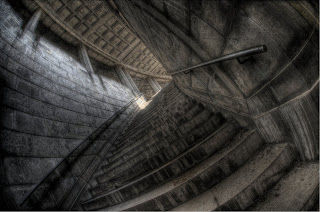