Debut Author, Christa Desir, absolutely stunned me as a reader with her frank look at a taboo subject in FAULT LINE, published on October 15, 2013 by SimonPulse. Once you start, you won't be able to stop turning pages, and at 225 pages of no-holds-barred storytelling, you can easily finish it in one sitting, or at most a 24 hour period of time.

Here is the blurb from Goodreads:

Ben could date anyone he wants, but he only has eyes for the new girl — sarcastic free-spirit, Ani. Luckily for Ben, Ani wants him too. She’s everything Ben could ever imagine. Everything he could ever want.

But that all changes after the party. The one Ben misses. The one Ani goes to alone.

Now Ani isn’t the girl she used to be, and Ben can’t sort out the truth from the lies. What really happened, and who is to blame?

Ben wants to help her, but she refuses to be helped. The more she pushes Ben away, the more he wonders if there’s anything he can do to save the girl he loves.

You can check out my book review of FAULT LINE here.

Christa graciously agreed to join me for an author interview about FAULT LINE, as well as her experience as a writer, and even her The Voices and Faces Project Workshops. Not only that, but she has offered an autographed, signed hardcover of FAULT LINE for a lucky reader to win.

*Spoiler Warning*
This interview does refer directly to the topic this book is about. If you've been around the internet and blogosphere much, you've likely already learned what the topic is about. Pretty much anyone with active brain cells can deduce what the topic is, given Christa's volunteer work and platform. If you don't mind reading about that, the rest of the interview will not ruin your reading of the book. Read away! It's a great interview. Otherwise, stop reading now, go read the book, then come back and read this interview. You can still scroll to the bottom and enter to win the signed copy of FAULT LINE.

Without further stalling, I welcome Christa Desir, brave and bold author with an amazing panache for brilliant writing. Christa, thank you for agreeing to do this author interview. I will try not to fanboy too much, but SQUEEE, you're my new favorite author, so, like, EEEEP, and stuff. 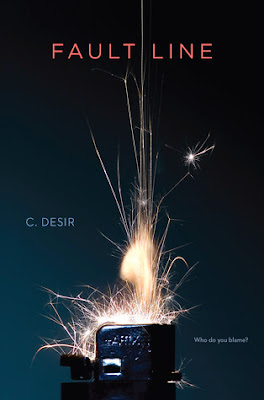 1. FAULT LINE is your debut novel. Is this the first novel you've written? How did this all happen? Can you share your agent offer of rep to publishing contract story? Also, since this book is unusual, in that it came out of a workshop experience, can you elaborate on how that worked? (Click the book cover to add this to your TBR pile on Goodreads)
It's not the first novel I wrote. I wrote a crazy game book first that I revised and rewrote to draft 76 before I decided to trunk it. While I was working on that book from hell, I attended a writing workshop for rape survivors. In that workshop, one of the exercises was to write a scene from the POV of a different gender or sexual orientation. When I was doing it, Ben sort of crawled into my head and wouldn't leave me alone until I wrote his story.
So my first book was out on sub with a couple of full requests, but I'd sort of lost hope for it. And Fault Line was a better book. I just knew it. So I queried it to five of my top agents. I got offer of reps from three of them, and I chose Sarah LaPolla because she planted her flag in dark, edgy books and understood what I wanted to do with this book, where it came from, my own story as a survivor, and all that it could be.
We went back and forth on whether I should fix the game book and put that on submission with editors first, but in the end, Sarah and I decided that Fault Line was sort of the book of my heart. I didn't have much hope for it, honestly. It was short, dark, didn't have a happy ending, was told from a boy's POV, was pretty graphic, etc. I always knew if it went forward, I'd give half the money from all of it back to survivors so we could do more writing workshops.
Less than a month after we went on sub, Simon Pulse called and said they wanted it. It was amazing and so unexpected. My publisher and editors at Pulse have championed this book from the beginning. Taken it on knowing that it would be difficult to get into schools, libraries, etc. They believed in it and I couldn't be more grateful.
And so I paid for another survivor writing workshop with my advance, then I did an IndieGoGo fundraiser to be able to do a workshop in NYC (happening in May 2014), and all of this is because of the writing and publishing community. People ask me what success for this book looks like: it's exceeded my wildest expectations. Two testimonial writing workshops have come out of it, I just sold audio rights for the book so that money will be poured into a third workshop, etc. I couldn't ask for more and am incredibly grateful for the mountain of support I've gotten for this difficult book. 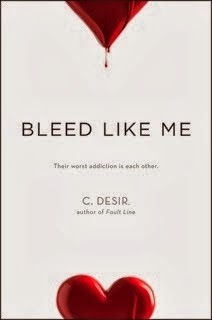